Road Tax Changes and how they may effect you! 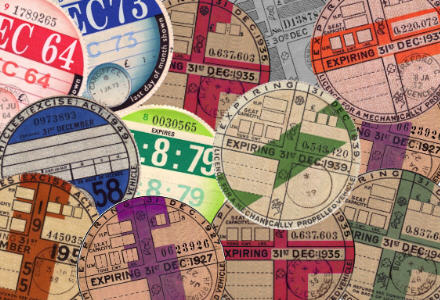 Road Tax Changes and how they may effect you!

Road Tax Changes and how they may affect you!

Road Tax Changes from April 2017 after announcements by Chancellor George Osbourne in his 2015 Summer Budget speech, complaining that the current system is “not sustainable and it isn’t fair” pinpointing the three quarters of owners that currently don’t pay Vehicle Excise Duty in the first year of ownership, due to them falling into a lower carbon emission band.

From April 2017, there will be a flat rate of £140 VED for most new cars registered in the first year. This amount will still remain linked to the CO2 emissions that the car produces. However brand new cars costing £40k or more and registered after the 1st April 2017 will now have to pay an additional £310 on top of the £140 for a whole 5 years.

Cars registered before this date will not fall into this category and a few people speculate that the road tax system could change again before this date, especially with the EU referendum vote coming in a few weeks.

So How Will the New Road Tax work for existing users?

How much road tax will I pay on the new system?

What if I want to buy an Electric Car?

Will people try to register their vehicles on the 31st March 2017?

The answer, quite simply is yes. The new plate will be published on the 1st March 2017 so those wanting nice shiny 17 plates and wanting to save money should urge the dealer to register the vehicle before the 1st April 2017. You may find some dealers reluctant to register everything before this date. This is due to the way dealers are paid commissions, bonuses and target bonuses.

For example a dealer called Brians Motors in Coxborough, may been targeted by their fictitious manufacturer Lavin. They have got to hit 30 cars in March 2017, 30 cars in April and 30 cars in May. If they should hit the target, they will receive 5% of the retail price of the vehicles sold. Now the Dealer Principal Bob, knows that the order bank for vehicles coming from the factory for their customers are sufficient enough to hit March’s target and just about April’s, but May might be a different story.

So in the real world, they would tell the customers that there is an issue somewhere and they can’t register the vehicle until the next month, this could be a week or a matter of days. This then gives then cars to go into the next month with as they would not receive any additional monies after the 30 cars had been done.

This can also happen in dealerships the other way around, where they want to register the vehicle sooner than delivery date, this tends to be where a dealership is short on target.

However with the Road Tax changes, this could make a massive difference in cost for the customer, even on something small like a Citroen DS3, see the table below:

As you can see, its definitely worth pushing the dealer to register your shiny new motor on the 31st March 2016 to beat George Osbourne’s new figures. If you were to buy a vehicle over £40,000 the price difference goes even higher. This doesn’t stop with new cars either, as once the new cars hit the second hand market, these costs will be inherited.

Yes, definitely. When taking a lease vehicle the finance company or owner still has to pay the Road Fund Licence, this will all be added into your “rental”. Some companies split this out, some roll it into one figure.

With the changes that will take place the costs of the Road Fund Licence will be higher, therefore will be passed on to the hirers of these lease cars.

You can find out more information about the changes to the Road Fund Licence at the government’s website gov.uk – However we have included the link below for Martin Lewis’ Money Saving Expert Page where he gives clear explanations of the changes coming into force.

Looking to Lease a car?

We offer Short Term Fixed and Flexible Contracts, Long Term Contract Hire, Personal Contract Purchases and more. To get a quote on your next vehicle, please call the team on 0330 330 9425 or use the contact form below to submit your request.