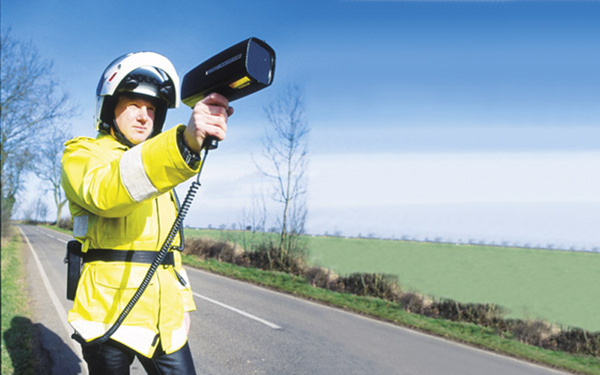 If you have received a speeding ticket recently due to the increased number of speed cameras on the UK road networks, then occasionally you are given the option to attend a Speed Awareness Course.

Speeding is one of the most common rules broken in the British Road Traffic Act which affects thousands of people every year with the potential to put insurance premiums up.

How can I get caught speeding?

There a numerous ways in which you can get caught speeding, the most common and the most controversial is Speed Cameras. Usually bright yellow square boxes mounted on a pole facing away from the direction of traffic. You will know if you have been caught by the regular speed cameras as it will flash you twice.

Average Speed Cameras are becoming more common especially on motorway networks and on certain “dangerous” routes such as Cat and Fiddle up in the Peak District. The cameras clock your registration plate at the first camera then by the second camera, it works out your average speed. If this is above the speed threshold it sends you a ticket.

Mobile Speed Camera Vans – Again another controversial system with many people complaining about where the vans are parked and the tactics involved, however most police authority or safety camera groups do publish the locations week by week. Speed camera vans tend to be positioned in accident black spots with a police officer in the back with his camera. People have been known to protest about these sort of speeder catching vans as seen in the video below.

Speed Strips with Cameras – Some police forces use strips in the road that are connected to a camera positioned at the side, these work by driving over the first strip then the second, it works out your speed between the two strips and if you are over the speed limit, takes your photo. These types do typically need setting up by the Police.

Police Officers with a speed gun – Usually a hand-held device that has a radar built-in. The police officer points his “Speed Gun’ at the vehicle to provide them with a speed readout. This sort of ‘speed trap’ usually requires a pair of officers. One with a speed gun and the other up the road waiting for that radio message to pull you in. Sometimes it can be a whole fleet of police cars.

Police Cars with Onboard Cameras – Officers who spot a speeding car while out on their patrol can follow the car with an in-car camera system taking note of the vehicles speed and of course evidences the offense to media, both of which will be used as evidence against you. The officer will deal with the person in the police car, issuing a ticket or summons there and then.

How will I know whether I will get a speed awareness course?

It depends on how serious the speeding offence is, the National Police Chiefs’ Council (NPCC) suggests that all UK police forces don’t prosecute drivers until a margin of error of 10% of the speed limit to take into account the drivers concentration, plus 2mph for speedometer error. For example, most Police forces won’t give you a ticket in a 70mph zone until you are doing at least 79mph, however this is just for guidance only and its purely at the discretion of the police officers and the forces involved.

Again, this is at the discretion of the Police Force and the officers involved.

What do I do when I receive my Fixed Penalty Notice (FPN)?

When you receive the FPN there will be detailed instructions on the letter telling you what you need to do. Make sure you do it as soon as possible, as forgetting to post the FPN back or just leaving it can result on a higher fine and more penalty points. The options are usually;

It is important to remember that the latter option is not the most recommended. As the prosecution’s role is simply to prove whether or not the driver was speeding so if your defense is that you didn’t mean to speed or that you only exceeded the speed limit for a short time, then our recommendation to you is just to accept the points and fine, or the Speed Awareness course.

What happens on a Speed Awareness Course?

Usually the courses last for 4 hours with costs varying from region to region. Imagine it, a Highway Code Refresher course trying to change your attitude to driving and showing you the risks of why speeding can be dangerous and can kill. Eliminating all of those text-book excuses you may have for why you have been caught speeding, some say the course is good fun those pressed for time say they would have rather have taken the points, but we feel it’s the right way to go if given the option.

Do I receive an Admin Charge for getting a speeding ticket?

In short the answer is yes, when we receive a speeding ticket from the Police there is a lot of work and cost involved before its even reached the Short Term Leasing door mat. We have already received a charge from the vehicle supplier or owner (The majority of our vehicles are on asset finance or manufacturer buy backs). On top of that our administration staff then have to complete the documentation with the drivers details and send this recorded delivery to the issuing authority along with all the relevant paperwork and/or contracts.

We don’t have a post collection so generally 3 times a week a member of the team will do the 8 mile round trip to the local post office and pay the money over to Post Office Limited to send the tickets. When you work out the cost of our Admin fee and the fee’s we have already been charged we have actually lost money on each one.

If you would like any further information on our range of Short Term Leasing vehicles, please contact the team on 0330 330 9425 or use the form provided below, we have also included some useful articles above on Speed Awareness Courses.